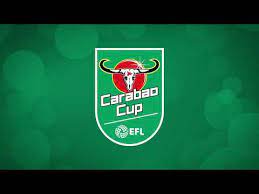 The fourth-round draw for the 2021/22 Carabao Cup has been made, with five all-Premier League ties and four EFL sides to look out for.

Holders Manchester City will travel to London to face David Moyes’ West Ham United after the Scotsman finally got the better of his old employers.

Pep Guardiola’s side are on a quest for their fifth league cup in a row and the one that will put them out on their own as the team with the most titles.

Brendan Rodgers’ Leicester City will play host to Brighton and Hove Albion, who recently beat the Foxes in the league.

Republic of Ireland winger Aaron Connolly scored both goals for the Graham Potter’s Seagulls as they beat Potters’ old side to set up a date with the FA Cup champions.

Joint-record winners Liverpool will travel to Deepdale to face Preston North End in the second part of their quest to win a ninth league cup and end their drought of nine years in the competition.

Liverpool have not made a final in the competition since 2016, in which they were beaten by City – the Citizens have won five of the last six EFL Cup campaigns.

Arsenal will play host to Leeds United while their North London rivals Tottenham Hotspur will make the journey to Turf Moor to face Sean Dyche’s Burnley.

Queens Park Rangers will take on Sunderland in the sole all-EFL tie of the draw and Stoke City, managed by former Northern Ireland boss Michael O’Neill, will host newly-promoted Brentford.