You Can't Park There Sir!

Can't Get Any More Top Bins Than This! #Emiratesfacup

Iconic Celebration Is Back In The Emirates FA Cup!

When You're 1v1 against Anthony Martial 👀

When You Try To Get The Ball Off Thiago Alcantara

A goal so good that the opposition fans applaud 👏 #emiratesfacup

Women’s soccer in the Legends Football League of Australia 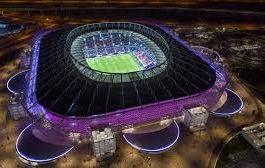