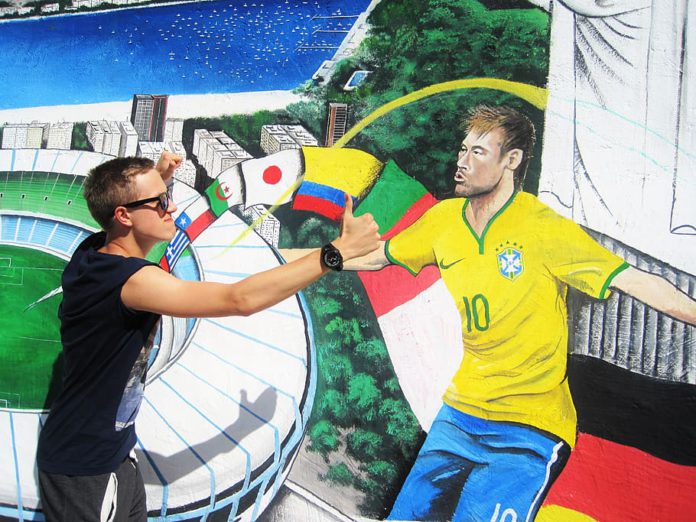 Brazil and Paris Saint-Germain (PSG) superstar Neymar Jr. has admitted he likes the idea of playing in the United States’ Major League Soccer (MLS) before the end of his career. Neymar, who is contracted to France’s big-spenders PSG until the summer of 2025, said that he would “love to play there for at least a season”. The fact that the 30-year-old is already talking about life after PSG will almost certainly irritate many PSG fans, as well as those within the club’s hierarchy.

His time at the Parc de Princes has been something of a roller-coaster. He helped PSG to a domestic quadruple in 2019/20, before losing in the Champions League final. He has scored 60 goals in 82 appearances across his five-year stay. However, 82 games in five seasons is by no means a great return from the world’s most expensive player, with PSG forking out €222m to entice him from La Liga giants Barcelona.

Ankle problems have plagued Neymar in recent seasons, with his latest setback occurring in November 2021, forcing him out until mid-February. There have also been ongoing reports that Neymar and the rest of the ‘star’ recruits within the PSG roster are by no means having a positive effect on team morale and structure.

The Brazilian insists he is often misunderstood by the football press and fans alike. Although many revere him as an icon, others consider his personality to be impetuous and childish, both on and off the field. To that end, Neymar Jr. agreed to take part in a one-off documentary with Netflix to document his career to date. The programme, titled ‘The Perfect Chaos’, attempts to lift the clouds of mystery that have surrounded one of football’s biggest talents of the modern era.

During the trailer of this documentary, Neymar admits he “didn’t choose” to be an icon and would rather have grown up “anonymous than famous”. However, this would appear to fly in the face of his plans to move to the MLS in the coming years. Any MLS franchise which signed Neymar would bring unprecedented media attention to the league, akin to the arrival of David Beckham in Los Angeles back in 2007.

Neymar was talking in a podcast for ‘Fenomenos’, during which he admitted he was more likely to play in the MLS than return to his homeland for a pre-retirement swansong. Although Neymar said that he has “joked with his friends” about the prospect of retiring from football at the age of 32, it’s true that there does not appear to be a significant appetite for the Brazilian to stay at the top table of European football for as long as he can. He believes the 2022 FIFA World Cup in Qatar will also be his last in a Brazil jersey. He said that his “mental health is the most important thing” when making a long-term decision on his next club.

During Neymar’s discussion on the Fenomenos podcast, he also joked that he was attracted to playing in the MLS due to the “three-month holiday” on offer to players. The MLS has a long heritage when it comes to enticing world-class players to their shores in the twilight of their careers. Aside from David Beckham’s move to LA Galaxy, the MLS has also seen the likes of David Villa, Didier Drogba, Gonzalo Higuain, Kaka, Zlatan Ibrahimovic and Wayne Rooney make the move in the last decade.

Neymar’s comments reached MLS commissioner Don Garber, who was promptly asked about the likelihood of Neymar making the move. Garber insisted the league did not “need big name players to come to MLS to retire”. Garber believes the MLS has outgrown the need for ageing marquee acquisitions seeking a final payday, due to the ever-increasing profile of the league.

Instead, Garber believes the MLS “story” should increasingly be about “young players coming here at the earliest stages” of their careers. Garber also used the example of Zlatan Ibrahimovic moving from LA Galaxy to AC Milan, saying that no-one claimed that the Swedish powerhouse “went to retire in Italy”. Garber’s strong comments suggest that the MLS is trying hard to get tough and cement its reputation as one of the world’s fastest-growing top-flight football leagues.