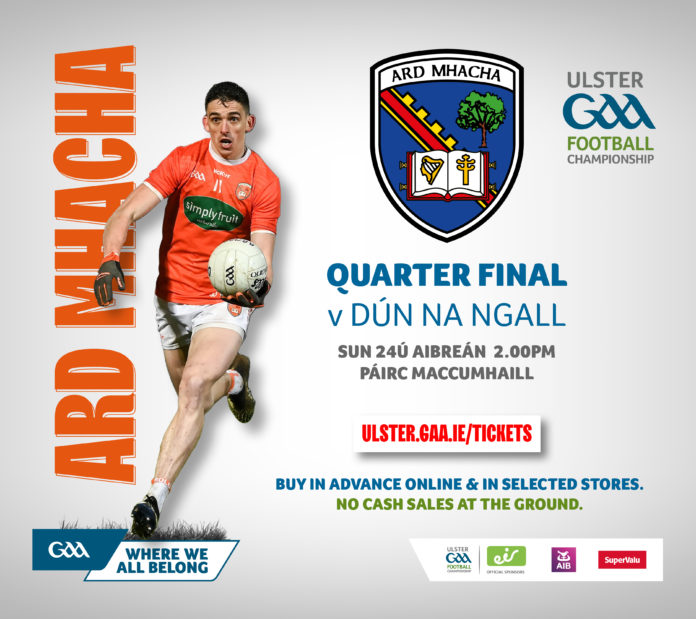 This will be their 29th championship clash, with Armagh winning fifteen to  Donegal’s ten, with three draws from the previous 28 contests.

Armagh are seeking their first championship win over Donegal since 2010.  Donegal have won three times since then.

Donegal haven’t lost their first game in the Ulster championship since 2010  when beaten by Down in extra-time in the quarter-final.

Armagh and Donegal both won three, drew one, and lost three of their seven games in this year’s Division 1 program. Armagh finished third on the table,  ahead of Donegal on scoring difference. Donegal beat Armagh by a point in their Round 7 meeting.

Kieran McGeeney is in his 8th season as Armagh manager. They lost their opening games in the Ulster championship in 2015-16-17-18 and have won in the last three years.

The winners play Antrim or Cavan in the semi-final.

Donegal – crazy as it sounds no team has been named yet.