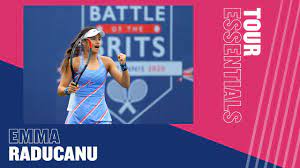 There are so many female athletes that have changed to course of just about every sport that it’s hard to pick just 10. However, here are just a few of the inspiring women who we can’t ignore for their exceptional contribution to sports and their immeasurable impact both on and off the field.

Wilma Rudolph was the first American woman of color to win three gold medals for sprinting in a single Olympics. Rudolph had had polio since she was five years old, but she did not let that stop her – she turned her weakness into strength and became the fastest woman in the world at the 1960 Olympics.

She immediately gained international recognition for not only her performance, but also her exceptional courage. She is an iconic figure and a true inspiration for all  black and female athletes striving to make their mark on the sport.

A top star of women’s ice hockey, Hilary Knight is a nine-time world championship medalist and a three-time Olympic medalist. She also led the USA Team to a gold victory at the PyeongChang Games in 2018, the team’s first Olympic victory in 20 years. Since then, she has dedicated herself to creating a sustainable, unified, and professional women’s hockey league to encourage more women to get involved.

Emma Raducanu is a British tennis player who was born in Toronto, Canada but went to school in London. She made her professional debut in this male-dominated sport in 2018. As a 16-year-old amateur player, but she managed to be selected for playing at Wimbledon where she defeated the great Leylah Fernandez and began her professional career.

From this stellar start, her journey went from strength to strength. More recently, she entered the 2022 US Open as a qualifier and managed to make it all the way to the finals of the most-awaited tournament.

One of the best athletes of all time, Michelle Akers is known for her resilience, faith, leadership, and perseverance. She was an athlete ahead of her time who dominated American female soccer with her strength and immaculate skills. She was a leading scorer in the inaugural FIFA Women’s World Cup, scoring 10 goals in only six matches.

Ronda Rousey is a professional wrestler and former mixed martial artist. She is the only woman to win both WWE and UFC championships and headline a pay-per-view event. Rousey is also a proud writer of an autobiography, and she has starred in several popular films including “Mile 22” and “Furious 7”.

The great golf player, Nancy Lopez, left college in her sophomore year to pursue her passion for golf and turned it into a successful career. She won nine tournaments during her first season as an amateur player and was named the LPGA Rookie of the Year and Payer of the Year. She also won the Vare Trophy that is awarded to skilled and seasoned players with the lowest scoring average for the season. She is the only female golfer to achieve all three prestigious awards in the same season.

Lindsey Vonn is one of the only two female skiers in the world who has won four World Cup overall championships. She has three consecutive winning titles from 2008 to 2010 and then another in 2012. In 2010 she participated in the Winter Olympics and was crowned as the first American woman to win a gold medal in the downhill skiing category. Lindsay is one of the greatest skiers of all time and besides numerous victories and gold medals, she is an ultimate champion and open advocate of “Girl Power”!

Everybody knows that Serena Williams the epitome of resilience and strength. She is regarded as one of the greatest female tennis players of all time and her unmatchable victories have turned her into an inspirational sports icon. In 2019, she made it to the Forbes list of the world’s highest-paid athletes as the only woman. Serena holds multiple accolades – she has more “Grand Slam” titles in singles, doubles, and mixed doubles combined than all other active players.

Maya Moore is a four-time winner of WNBA titles and the WNBA Rookie of the Year Award. The highlight of her career is her unbeatable streak of 90 games with the Huskies in a prestigious NCAA record across all men and women’s teams. She has also won numerous notable titles in the Euro League, Chinese League, and Spanish League.

A four-time world all-round champion, Simone Biles is an American gymnast who has won a number of all-around, vault, and floor gold medals at the Olympics. She is one of the most decorated gymnasts who has set the US record for winning the most gold medals for gymnastics at a single Olympics.

Our favorite female athletes are physically strong, mentally powerful, and truly inspirational. These women fight hard and smash all barriers for equality and by shattering the glass ceiling, they have become cultural game-changers.