Ireland sevens fly-half Greg O’Shea has announced his retirement from rugby on social media following the end of the 2021 season.

O’Shea had been part of the IRFU Sevens programme since 2017 and has built a relationship with the core of the squad in his four years there.

The former Crescent College student was part of a side that became a core team in the World Series and reached the Olympic Games for the first time ever.

O’Shea cited several reasons including injuries and future ventures in his YouTube video on the topic.

An announcement on his Instagram reads: “My life has always been focused around my rugby career, so it has been a really difficult decision for me to decide to retire from the game I love.

“It just feels like the right time for me to close that chapter of my life, especially after reaching my goal of becoming an Olympian and with everything else I want to do outside of rugby.”

The 26-year-old noted in his video on the topic that Sevens players in Ireland are not paid enough for it to be a viable career – he would stay in it if it was so.

The former Love Island contestant started playing rugby at Shannon RFC when he was seven.

At Crescent College, the rugby player won two Junior Cups in 2010 and 2011 and added a Munster Senior Cup to the tally in 2013.

O’Shea played in the back three in 15s and was part of the Munster academy before joining the country’s sevens programme.

In his four years with the national sevens side, he participated in a World Cup in 2018, took part in Rugby Europe tournaments and played in the World Series, as well as the Olympics.

O’Shea spoke of his Olympic dream being realised before the side jetted off to Tokyo in July.

The Limerick native said: “It’s the pinnacle of sport. Personally, it’s what I’ve been working towards the last couple of years. I said no to a lot of other opportunities outside of rugby and it’s would make it all worth it once I cross that whitewash.” 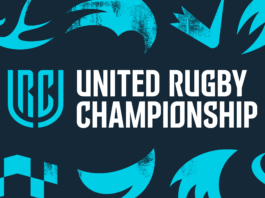 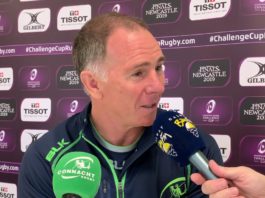 Cathal Forde starts at fly-half for Connacht rugby against Glasgow