There is so much debate about the Out Half position for the Ireland rugby team, we look at the top ten players who could wear the number 10 shirt at the next world cup.

The 35-year-old veteran is perhaps coming towards the highlight end of his glittering career, but his quality and overall presence with both Leinster and Ireland have not gone unnoticed. After controversially displacing Ronan O’Gara while making his debut in 2009 Sexton has gone from strength to strength, becoming Ireland’s 8th most capped player in history with 96 international caps and has scored over 800 points, second on the list of All-Time Irish scorers, behind Ronan O’Gara having played 30 less caps.

He has made 211 appearances for both Leinster (2006–2013) in his first stint and at Racing 92 (2013–2015) scoring close to 2000 points. Sexton has also been apart of the British and Irish Lions Tour Team (2013, 2017) winning one (2013). Individually he has won World Rugby Player of The Year (2018), becoming only the second Irish player in history to do so. Recently becoming team captain for Ireland, the influential Sexton will hope to steer Ireland towards World Cup glory in 2023 with it looking more and more likely it will be his swansong.

Carberry was a star player at Leinster in 2016/17, but due to not getting enough game time was moved to Munster, but his time in Thomand Park has been a nightmare.

Carberry has only played 18 times for Munster and recently came back from a year-long injury. There is no doubting his talent but it’s very difficult to make any strong statements considering his injury record.  But he is still the best option we have for 2023.

The relatively young fly-half is only now starting to make a name for himself but his overall quality and scoring ability has made him a guaranteed starter in the coming years. The Westmeath native has recently become Connacht’s record points scorer in the PRO14, taking Ian Keatley’s record (more on him later) in the process with over 880 points.

Impressive stats for a player who only made his Ireland international debut against Italy in 2019. However, in recent years Carty has been labelled ‘’the forgotten man’’ in the Irish set-up with Andy Farrell seemingly not rating him as highly as other’s in his position, it would be a shame not to introduce Carty, who would bring steel and fresh idea’s to Ireland’s woeful Six Nations campaign so far.

Often seen as the true successor to Sexton’s throne, the Leinster native is still quite young. At the age of 25, Byrne’s true potential has been teased in spurts throughout his international career. Having only made 12 caps since his debut in 2018, Byrne has still a long way to go if he is too be compared to Sexton but having played alongside Sexton the past few years, one would assume he will only get better and become an influential leader in the near future.

The English born Fly-Half has only recently started to get a run of games together after being called up to the Irish team in December 2019. Quickly being named in the 2020 Six Nations squad but did not see much game time. He has recently come under scrutiny from many pundits over his recent Six Nation performances after being named in the squad, but Farrell seems to persist in the young star, showing confidence in his already blistering abilities, his form will pick up in the coming weeks.

One of Ireland Rugby’s cult heroes in recent years after his heartfelt performances in recent years and his iconic celebration in the 2015 World Cup win against France at the Millennium Stadium. After replacing an injured Johnny Sexton in the first-half, Madigan had a clutch performance and went on to becoming known as a proven big game player in recent years, even after his omission from the Irish National Team in 2016.

He has gone on to score a phenomenal 1,392 points in his club career playing for both Leinster and Ulster.

Jackson made his debut for Ulster at the age of 19 and was seen as one of the future prospects bagging a respectable 872 point in only 123 caps for his province. His international career for Ireland began nicely, making his debut in 2013 he made 23 caps and scored 195 points in the process. Seen as a potential great for his club and country, due to his young age, Jackson’s career has taken a nosedive in recent years however, due to personal and legal trials that have stunted his career Losing both his Irish and Ulster contracts.

Was once Connaught’s top scorer notching up 688 points in 77 caps before being overtaken by Jack Carty. The now 33-year-old is now playing for Glasgow Warriors but has yet to make a competitive debut for his new team. Since his senior debut in 2008 for Connaught, Keatley has played for Leinster, Connaught, and Munster, and scoring a breath-taking 2,112 points. He also made his International debut in 2009, Keatley went on to play for Ireland for the next eight years with his last season in 2017.

A young prospect, Harry Byrne is only 21 years old. Having made his senior debut for Leinster in 2019, a product from the Leinster’s academy, he is already accomplished with 19 caps scoring 124 points in that time. Byrne was also a mainstay in the U20 Ireland team making his debut in 2018, in total scoring 122 points.

A bright future is on the cards for a talented Fly-Half, the sky really is the limit.

A product of the Munster academy, the 21-year-old Tipperary native was well sought after at a young age. Healy made his senior competitive debut for Munster, even with Munster losing Healy was the standout scoring 11 points. As of now, Healy has had a successful stint for the Irish U-20s, winning the Six Nation’s Championship in 2019. He will be sure to make his mark on the Irish senior team in the coming years.

The Clare native has struggled for game time in recent years, having spent four years at Munster at senior level from 2015–2019, Fitzgerald had a mere 7 caps but performed well when called upon. After signing a one-year development contract extension with Munster at the start of 2018 season.

He was soon shipped out on loan to Connaught, the loan was later extended to the end of that season where he made the move permanent at the start of the 2019–20 season. He also made is Ireland U20s debut in 2015 in the U20 Six Nations Championship and has gone onto appearing eight times. 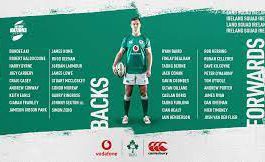 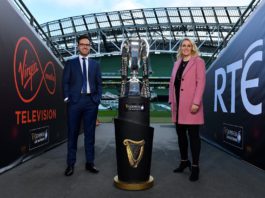