Home Soccer Who Will Finish in the Top 4 in the Premier League? 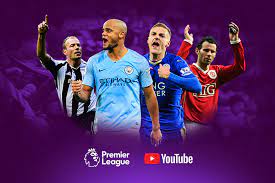 Soccer fans across the globe expected to see a two-team race in the battle for the Premier League silverware this season.

It is exactly the scenario we might get based on everything we have seen in the first third of the campaign. However, while all expected Manchester City and Liverpool to be these two teams, it’s Arsenal who stunned everyone with a phenomenal start to the 2022/23 season.

They are at the very top of the Premier League ladder and have a two-point advantage over Manchester City after twelve rounds. The other team we all expected in the contest for the silverware, Liverpool, have already given up the battle in the early stages of the campaign after a horrendous start.ave

The question is now whether Arsenal can maintain this amazing level of soccer and stay in contention for the title as we approach the second half of the season.

‘If you take a look at the sportsbooks’ odds for the outright winner markets, you’ll see that Manchester City are massive favorites to defend their title’ told us John Pentin, football expert at BettingPicks4You. Indeed, it is very hard to see any team in the league capable of coping with Pep Guardiola’s machinery over the course of the season. The Citizens have the best creator in the league in the like of Kevin De Bruyne and the best talisman up front in the like of Erling Haaland. When you add the likes of Phil Foden, Bernardo Silva, Joao Cancelo, Ruben Dias, Rodri, Aymeric Laporte, Ederson, and a whole load of high-profile stars at their prime, you practically get an unplayable team in the long run. With all due respect to the rest of the pack, we can hardly see any team within a six-point range of Manchester City at the end of the season.

Will Arsenal drop any time soon?

As for the rest of the pack, Arsenal have been the most impressive outfit by a mile so far in the season. The Gunners won ten of the inaugural twelve games of the season, showing quality at both ends of the pitch. Mikel Arteta used to work with Pep Guardiola at Manchester City and it will be very exciting to see whether this team actually has limits when it faces tougher challenges consistency-wise later on in the season. Anyways, we would not be surprised to see the Gunners as runners-up come May. Can they hurt the champions, though? Most likely not because they lack experience in tough matches.

Alongside Liverpool, Tottenham Hotspur are probably one of the most disappointing teams in the league this season. We expected a lot from the team managed by Antonio Conte and boosted by some great additions, namely Richarlison, Ivan Perisic, and Yves Bissouma. However, Spurs offer very little in terms of creativity under Conte and they are an awful side to watch. Tottenham are inside the top four at the moment but we would not be surprised to see them dropping out by the end of the season.

In our projections, the remaining two Champions League spots would be reserved for the likes of Manchester United and Newcastle. Erik ten Hag has completely transformed Manchester United since arriving at Old Trafford, while the Magpies are one of the most attractive teams to watch under Eddie Howe. We certainly rate their chances of a top-four finish more than we do those of Chelsea or Liverpool at the moment. You can get very generous odds for backing either Newcastle or Manchester United to finish in the top four at the end of the campaign.