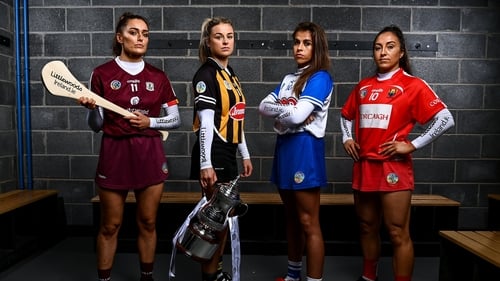 Cork got the Matthew Twomey era off to a winning start but Clare, who themselves were competing under a new eight-person management team, made sure it wasn’t a comfortable day at the office as the Rebels had to work very hard in a wet, wild and windy Cusack Park before eking out a 2-6 to 0-4 triumph in Division 1 of the Littlewoods Ireland Camogie League.

Twomey, who is stepping up to the hotseat having served his apprenticeship under Paudie Murray and can boast hurling legend Davy Fitzgerald among his coaching set-up, will be pleased with the resourcefulness shown by his charges but there was much to be positive from a Clare perspective too.

Another notable aspect of this game was the debut in red of former Down star Sorcha McCartan, who has been based in Cork since last year and plays her club camogie with St Finbarr’s. And the daughter of ex-Mourne football All-Ireland winner Greg made a significant impact, scoring a goal and a point to help the Rebels overturn a one-point interval deficit.

Áine O’Loughlin struck two points, and Chloe Morey and Eimear Kelly were also on the mark to give the hosts that half-time advantage, Izzy O’Regan, Laura Hayes and Amy O’Connor splitting the posts for the Leesiders.

O’Connor equalised soon after the restart before McCartan gave Cork the lead but it was only when McCartan blasted to the net from a penalty after 53 minutes that proceedings finally edged towards Twomey’s outfit. O’Connor raised a second green flag in the fourth minute of injury time to put a slightly flattering look on the final scoreline.