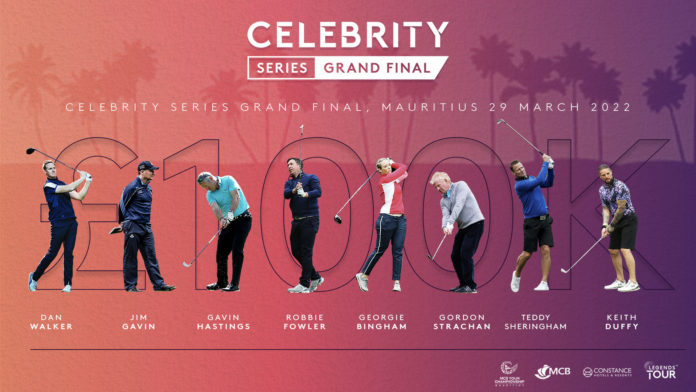 The Legends Tour has announced the field for the Celebrity Series Grand Final at the MCB Tour Championship in Mauritius in March. The competition will feature eight of the biggest celebrity personalities from sports, entertainment, and media. The winners from the three qualifying events and the highest ranked available celebrities on the Order of Merit will all travel to the Indian Ocean to compete for a prize fund of £100,000 for their chosen charities, with the winner receiving £25,000. The inaugural final will take place on March 29 at Constance Belle Mare Plage, Mauritius, teeing off a week of golf, followed by the MCB & Constance Pro-Am from March 30-31 and the MCB Tour Championship tournament taking place from April 1-3. Former Manchester United and Tottenham Hotspur star Teddy Sheringham will be competing in Mauritius along with Liverpool Football Club legend Robbie Fowler.

Former Scotland and British Lions captain Gavin Hastings will also tee it up in Mauritius  having won the Scottish Senior Open Celebrity Series at Royal Aberdeen in September 2021.