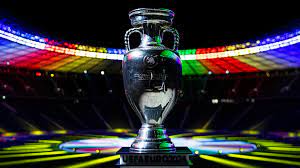 Since Roy and Robbie Keane retired, it’s safe to say that there haven’t been too many top level players in the Republic of Ireland national team.

It’s a bit disappointing to see the dearth of quality which has made making it to the World Cup and the Euros a difficult prospect in recent years. However, there is a little bit of light at the end of the tunnel and there are three players in the current squad that could be the backbone of a strong squad that could make it to Euro 2024.

Collins is a player that is definitely one for the future. Although he’s not managed to stake a claim as a full fixture at club or international level yet, he is certainly showing the signs that he will go on to be a top-level centre back.

With Burnley looking likely to play second-tier football next season, it is well worth a bet. So, if you compare welcome bonuses to place that wager you could be onto a winner, because it means that Collins could see a lot more football next season. He could definitely become the centre back we need to make us hard to beat in international football.

Coming through at Wolves, just like Matt Doherty before him, Ronan is at a club that does a lot for young players. There is either a clear pathway to the first team or regular loans at clubs that provide a good fit for the player. This is what Ronan has had at St Mirren this season. He has really come into his own and has started to become the attacking midfield player that many felt he would a few years back.

Ronan has had a number of loans from Wolves so far, with no guarantee that he will make the breakthrough to their first team. However, he has shown more than enough promise to say that he will definitely be playing first team football for someone next season. He could be the creative spark we have missed since Damian Duff retired.

Will Troy Parrott be as good as Harry Kane? It would be easy to say no at this point in his career, but that would be extremely unfair on Parrott. He’s had pretty much the same trajectory that Kane had at this point. In fact, Kane hadn’t yet made the step up to playing international football at his age.

Parrott has a huge amount of talent and he looks to be finding some form at MK Dons this season. If he can start finding his shooting boots at international level, he could well help fire us to Euro 2024. Obviously, a striker is only as good as the service he gets, which is why it’s important that Ronan and Parrott get some time on the pitch together to build up an understanding.

These three players could well be the catalyst for a new breed of success in the international game.